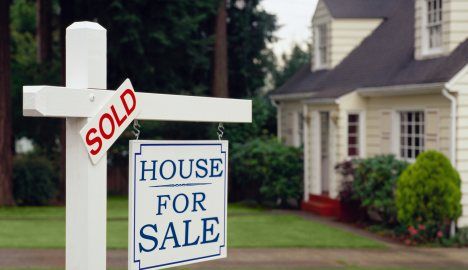 The Register stated “There was definitely some conflicting statistics when it came to comparing April 2016 versus April 2015. While we saw a 7% rise in the amount of commercial and residential real estate transactions in 2016, we also witnessed a 7% slide in the volume of dollars associated with these transactions. In addition, the average real estate sales price, both commercial and residential combined was $602,722, a surprising 22% reduction.”

“Additionally there was also a little softness in the mortgage financing market for the same period of time,” noted Register O’Donnell. “The mortgage market was flat for the month of April. The total number of mortgages increased a slight 1% compared to the same time last year. Total mortgage financing dollars actually fell 2% to $1.02 billion compared to the $1.04 billion figure posted in April 2015.”

On the consumer front, Homestead recordings, which provide limited protection against the forced sale of an individual’s primary residence to satisfy unsecured debt up to $500,000, decreased 2% from April 2015 to April 2016. A total of 884 Homesteads were recorded versus 905 during this comparative time period. Further information regarding the Homestead Act can be found on the Registry’s website at www.norfolkdeeds.org.

“For many months,” stated Register O’Donnell, “lending institutions have been working to process foreclosures, dating back to the 2008 economic slowdown. While there is some evidence that there are more and more new foreclosures happening, we are still seeing foreclosure activity with residents that have been struggling with this issue for some time. My office continues to partner with Quincy Community Action Programs at (617) 479-8181 ext-376 and Neighbor Works Southern Mass at (508) 598-0950 for those who have received a Notice to Foreclose Mortgage from a lender. Another option for homeowners is to call the Massachusetts Attorney General’s HomeCorps program at (617) 573-5333.”

In conclusion Register O’Donnell noted, “The number of real estate sales transactions recorded during the month of April 2016 clearly tells us that Norfolk County continues to be a destination location for individuals and families to live and work. I would say, however, that prospective homeowners are being more cautious in making their real estate purchases. As long as the county’s inventory levels do not fall significantly, I believe the late spring and summer months could produce solid real estate results for Norfolk County.”

The Norfolk County Registry of Deeds, located at 649 High Street, Dedham is the principal office for real property in Norfolk County. The Registry is a resource for homeowners, title examiners, mortgage lenders, municipalities and others with a need for secure, accurate, accessible land record information. Residents in need of assistance can contact the Registry of Deeds Customer Service Center via telephone at (781) 461-6101, or on the web at www.norfolkdeeds.org.